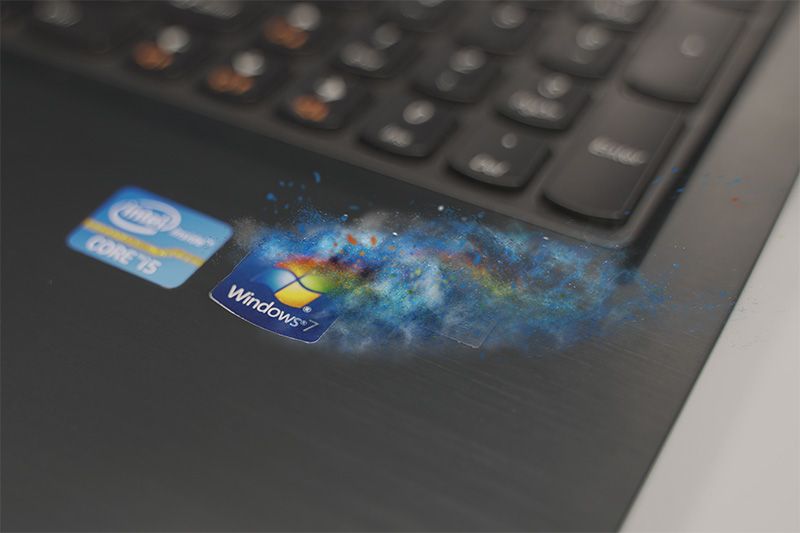 After over 10 years since it’s release, on January 14, 2020, Microsoft Windows 7 finally hit its “end of life”, a point that all software eventually reaches. Once a version of Windows finally reaches end of life, it means Microsoft has stopped providing patches and security updates to consumers. This is significant because, although your computer will continue to run fine, for a PC at least, each passing day puts you more and more at risk.

For most consumers, the only way around this was to upgrade your computer to Windows 10. To put this into perspective, Windows XP support ended April 8th, 2014 after 12 years of faithful service. During this time over 700 vulnerabilities were documented, with nearly 10 discovered after its end of life. This means that the 3% of total Windows users still running XP are at a high risk of being exploited if not already infected. Since Windows 7 was released in 2009, there have been nearly 1300 documented vulnerabilities, with the very last one being patched its last day. At the time of end of life, Windows 7 still had a 26% market share across the world which is comparable to the market share Windows XP had immediately prior to its end.

You may have noticed us say most consumers would be hung out to dry for their security updates, but there is still a way to stay in Microsoft’s good graces; money. For a fee, enterprises can retain access to security updates for up to three years. Starting from $25 per device for the first year all the way up to $200 per device for the third year, enterprises that need more time to upgrade their systems can ensure they are kept secure.

Let’s go into detail about why this matters so much. If you recall the WannaCry ransomware attack from 2017, which made use of Windows vulnerabilities to spread malware that encrypted users personal data and held it ‘hostage’ for a fee to get it back. According to Kaspersky Lab, a whopping 98% of the victims of the WannaCry campaign were Windows 7 users at a time when Windows 7 was on 65% of all PCs. This is significant because this was happening when Windows 7 was still getting regular patches, consumers were simply not performing their security updates. This is not uncommon, which is all the more reason consumers should always strive to have the most up today Windows OS, and the chances of it having a massive vulnerability as compared to older versions are significantly decreased.

What is particularly troublesome is that even two years later, in 2019, WannaCry and other variants remained extremely successful, exploiting millions of systems still running unpatched Windows 7 systems. This includes hospitals, schools, local and state governments as well as your r everyday home user.

One of the controversial topics of Windows 10 at release was its forced security updates settings. A primary reason for this was to avoid the consumer behavior prevalent with all previous versions of Windows, not performing system updates. Windows 10 is by no means even remotely perfect, it has bugs just like every previous Windows version, but at least the default forced system updates reduce the likelihood of being victim to malware, spyware, and ransomware.

Moral of the story, keep your systems update, be it a mobile device running Android, iOS, or a PC running Windows, Linux or MacOS. Vulnerabilities happen in even the best software, so be safe out there.