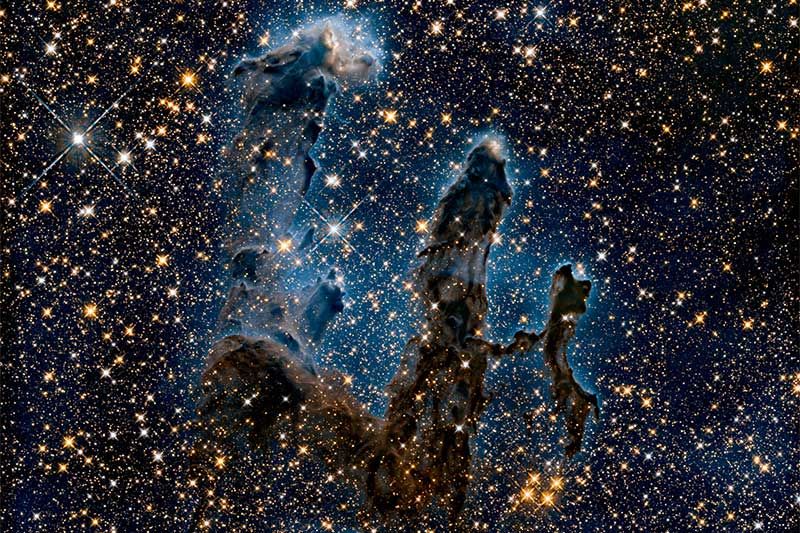 Looking At The Past To Understand The Future

When the Hubble telescope took its infamous Deep Field photo, no one expected to find much of anything.  But instead of dark, empty space the Hubble returned one of the most astounding photos the world has ever seen and changed the way we look at the cosmos.  However, after the eXtreme Deep Field was released astronomers found something even more profound…

In a time of constant concern and caution, I’d like to take a few minutes to have some fun and celebrate things that bring us together, like Star Wars nerdom, and talk about tech through science fiction.

Robots:  C-3PO and R2D2 were a dynamic duo that played major roles through the movies, from delivering messages, translating obscure languages, to shooting light sabers through the air at just the right time.  What do we have now?  Well just take a look at what Boston Dynamic’s Atlas robot can do:  https://www.youtube.com/watch?v=WcbGRBPkrps

Prosthetics:  Luke’s hand is chopped off by his own father and must have a prosthetic replacement.  This was once replaced by a simple hook (think Pirates of the Caribbean), but now replaced by a marriage of art of technology as seen here:  Albeit, about $60,000. https://www.ottobockus.com/prosthetics/upper-limb-prosthetics/solution-overview/michelangelo-prosthetic-hand/

Holograms:  When R2D2 displays the famous scene of Princess Leia asking for Obi-Wan’s help (“…you’re my only hope.”), that was a far cry from reality.  Now days there are different ways of approaching this capability, and Voxon has a pretty cool way of doing it.  https://voxon.co/

Flying Cars:  How cool would it be to hop in a flying car and just zoom to wherever you wanted?  Skip the traffic and just land in your spot, wherever that may be, well now you can…  https://www.engadget.com/2017-09-29-passenger-drone-manned-flight.html

Laser Canons:  Who doesn’t like watching an epic battle take place in just outside the stratosphere of some remote planet?  Well the U.S. military now employs capable of shooting down drones using lasers… https://www.lockheedmartin.com/en-us/products/athena.html

While we may not have found Darth Vader rallying hundreds of imperials in a galaxy far far away, we can look to our ideas from the past to identify where our future is going.  What was once science fiction, is now technology.  So use your imagination, learn, and who knows, maybe you will create the next breakthrough tech that changes how our world interacts, and we within it.